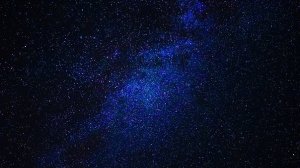 What if the shepherds didn’t seek the Messiah?

The Bible tells us a multitude of Heavenly Hosts filled the sky the night Jesus Christ was born. In their appearance to the shepherds watching their flocks, we’re told the shepherds were afraid. I’d be frightened, too, if an army of angels suddenly appeared in the sky. Wouldn’t you?

An angel told the shepherds the news he shared was great. He said it would bring great joy to everyone. The great news was the announcement of the Savior’s birth. After the angels praised God over Christ’s birth, they told the shepherds to go see what had happened.

We remember the shepherds left their flock of sheep, their livelihood, and went to Bethlehem. The City of David.

In Bethlehem, the shepherds found Baby Jesus in a manger.

Before the shepherds headed to Bethlehem, they did not form a committee to figure out the best way to get to Jesus. They did not ponder what they should say when they found the baby. They didn’t vote to see who would lead the way. They simple got up and went.

The shepherds left their sheep and went quickly into Bethlehem. Once they found the newborn baby, they told Mary and Joseph what the angels said to them in the field. Today your Savior was born…He is Christ, the Lord. Then the shepherds returned to their sheep, praised, and thanked God.

As we reflect on Christmas and the birth of a baby in the manger who became the Savior on the cross, we too must seek the Messiah. We must go quickly and tell others the Good News of a Savior who came to seek and to save everyone who is lost.

When the angels went away from them back into heaven, the shepherds said to one another, “Let’s go to Bethlehem and see this thing that has happened, which the Lord has told us.” So they hurried off and found Mary and Joseph and saw the baby lying in the manger. When the shepherds saw him, they told them what the angel had said about the child. All who heard it were amazed at what the shepherds said. Luke 2:15-18 (GNT)

Please sign up to receive posts every Tuesday and Thursday. Thanks.

6 thoughts on “What if the Shepherds Didn’t Seek the Messiah?”