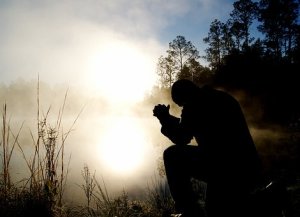 I have to admit, this is an area I struggle with. Many a time I’ve allowed fear to keep me from stepping out to conquer those scary giants in the land.

When Moses sent twelve spies to scope out the land God promised them, ten of the spies looked at the land through a lens of fear. They exaggerated the proportions of what they saw. Large men became giants. They themselves became like insects. Walled cities became impenetrable. Looking through a lens of fear, these spies determined conquering the land was impossible.

Two of the spies, Joshua and Caleb, looked at the land through a lens of faith. They saw the same obstacles as the other ten spies. They saw the same large men and walled cities. Their faith, however, said with God’s help conquering the land as possible.

It took forty years of wandering in the desert before Caleb and Joshua entered the Promised Land they said could be conquered. Because of their faith, they enjoyed God’s blessings.

Because of the ten spies’ fear, they died in the wilderness. They did not enter the land and enjoy God’s blessings.

Like the ten spies who allowed their fear to become doubt to the point of refusing to enter the land and conquer it, our fears can become doubt, causing us to believe we’ll never conquer whatever it is that lies in front of us. We can exaggerate and enlarge our fears to the point of paralysis to move forward in faith. We can focus on the scary, and forget all about the God who promises to be with us in the midst of the scary.

I want to be like Joshua and Caleb. I want to look through a lens of faith. Instead of looking at the obstacles in front of me and allowing fear to keep me from moving forward, I want to look to God in faith. Knowing with God’s help, even my largest seemingly insurmountable giants can be conquered.

They told Moses, “We explored the land and found it to be rich and fertile; and here is some of its fruit. But the people who live there are powerful, and their cities are very large and well fortified. Even worse, we saw the descendants of the giants there. Numbers 13:27-28 (GNT)

Please sign up to receive posts every Tuesday and Thursday. Thanks!